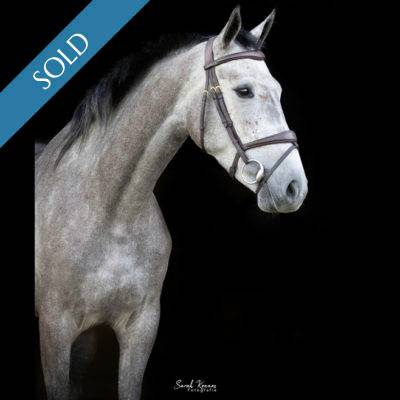 Elaiza’s mother is Valentina van ‘t Goovahof (by Cassini I). Valentina gave birth to two approved stallions with the name Indorado van’t Heike and Eristoff van de Zuuthoeve. Indorado was approved by BWP. Today he performs at 1m50 level with Gregory Wathelet. Eristoff van de Zuuthoeve Z performed under the saddle of Jan van Dyck. He became 3rd at the Belgian championship as a 7 year old and 2nd in the stallion test in jumping Mechelen. In 2019 he became 9th in the Grand Prix of Zandhoven.

Iberia II (by Lebus) is the grandmother of Elaiza. She received the Zuchtbuch designation. Her half sister Damira I (by Ramiro Z) is the mother of two approved stallions Sarento II (by Sacramento Son) and Landucci (by Landgraf I).

Ruaberin her full sister, Suehne (by Landgraf I), is the mother of Come on (by Cantus), Fleur III (by Romino), Nobless M (by Calido I), Caracho (by Carolus I) and Conland (by Contender). All these descendants participate at a high level in international sport.